First published on 22 February 2021 by Alastair

At a time when there is an increasing focus on contractors, what with IR35 coming for the private sector this April and much speculation as to what the Chancellor might do in the next budget(s) to change their tax status, it’s incumbent on HMRC to ensure that everyone is treated equally and no-one is outside the law.  This applies to the loan charge legislation that was introduced in the 2016 Budget as much as anything, so it’s slightly concerning (that’s an understatement) to find that it seems that HMRC has possibly made an error in this area (another understatement).

It’s worth reiterating what the objective of the loan charge legislation is, namely, that “The loan charge supports the government’s commitment to tackling tax avoidance and ensures users of disguised remuneration schemes pay their fair share of Income tax and National Insurance contributions.”

Unfortunately, following a Freedom of Information request to HMRC, the All-Party Parliamentary Loan Charge Group (APPG) has been told that five contractors were identified as being open to the loan charge as they had benefited from disguised remuneration (DR).  These contractors were hired by a wholly owned subsidiary company, Revenue and Customs Digital Technology Services Limited (RCDTS) and the APPG report stated: “As has been previously provided, in November 2018, HMRC was aware of five individuals who had a history of using DR schemes and providing services to HMRC. HMRC records did not show these individuals to have utilised a scheme while services were provided to the department…In October 2020, a further analysis of these individuals using “updated compliance” information was provided. This further analysis showed that in two cases, the usage of a DR scheme was concurrent with the provision of services to HMRC.”

Remarkably, even after the introduction of the Loan Charge legislation in 2016, HMRC apparently continued to take on contractors who were using DR schemes and (according to the APPG) continued doing so through to 2020.

The MPs on the loan charge group are now seeking an investigation into this, and in particular whether the Civil Service Code has been broken.

‘Whenever it is or has been discovered that a contractor, providing services to HMRC or RCDTS, is currently using a disguised remuneration scheme, we have acted and will act promptly to terminate the relevant engagements.

‘We continue to warn people about the risks of using tax avoidance schemes and our advice remains the same – if something looks too good to be true, it almost certainly is.’”

The MPs are still calling for the repeal of the loan charge rules and have said that they believe “this is yet more evidence that shows that the conclusion that the “law was clear” from 2010 is unsound and that the continued imposition of the retrospective Loan Charge is unjust and that this should be revoked, to restore the right of affected taxpayers to challenge HMRC in the tax tribunal system and to avoid the bankruptcies and breakdowns that will alas, otherwise happen as a result of facing the Loan Charge.”

The next step, say the MPs, should be an independent investigation. In their letter to Jim Harra, the Head of the HMRC calling for just such an investigation, they say: “So HMRC, presumably including senior officials, have been involved in a decision to fail to inform a Parliamentary Select Committee regarding an important matter the Committee had asked about, for the clear reason that the sharing of this information was “sensitive” and embarrassing to HMRC.”

“We believe that there needs to be a full investigation into the matter, not conducted by HMRC or the Treasury. Senior officers within HMRC must provide a full and honest account of their actions in relation to these disclosures, the information exposed via the FOI responses and the way in which HMRC have responded to inquiries from MPs and Parliamentary Select Committees. This investigation should include looking to see if any HMRC officials have breached the Civil Service Code.” 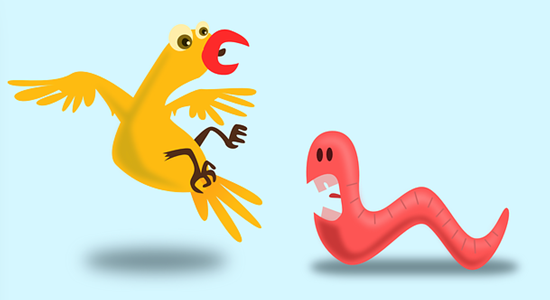